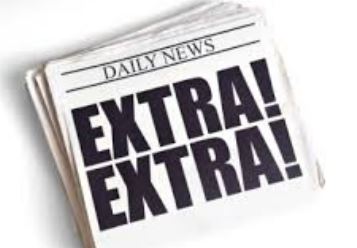 Worsek & Vihon LLP got the Board of Review to lower the assessment of the building’s proposed value by $533,812 — over 12%.  That reduction means an annual tax savings to the building of about $114K for the next three years, or a total projected savings during this triennial assessment of more than $330K. (Depending on tax rate changes.) Those savings, of course, are passed on to the shareholders and split proportionately according to their number of shares.

WHO TO CALL FOR EMERGECIES

If you have a life-threatening emergency

CALL 911-  FIRST. Every minute is critical in these instances.

Residents are asked to keep their elevator and back hallways free of things like floor mats, shoes, strollers, umbrella stands – anything that can block the way of you and other residents in an emergency.

Although 75% of waste in America is recyclable, we only recycle about 34  percent of it. If we could get the rate to 75%, the effect would be like removing 50 million passenger cars from U.S. roads.

You can use blue plastic recycling bags (from local stores or from Drago in our building). You can also use a clear plastic bag or a plastic bag marked recycling. Just make it easy for the staff to know it’s recyclable. Recycling reminders are posted in the mail room.

The board has approved funding for the renovation of the guest apartment in the building. The house committee is working on a plan that would expand the bathroom and reconfigure the space to create on large room with two double beds and a counter space for a coffee maker.

GET TO KNOW YOUR NEIGHBOR: BONITA BURRELL – 14D

Where were you born?

Where did you grow up?

What was your favorite vacation?

Ghana in West Africa.  Traveled there about
3 years ago.

Where would you like to go where you have never been?

Sri Lanka – need to get this on the books

What is your most treasured possession?

If you did not live in Chicago, where would you like to live?

Who is the most famous person (living or dead) you would like to meet?

Who is the most famous person you have met?

What was your favorite concert?

Tina Turner at Rockefeller Center before she retired

If you had to eat one food for the rest of your life, what would it be?

Many of us have attended Laura Washington’s fascinating political soirées at Yoshi’s restaurant. Now Laura will reprise that format as she moderates this evening with our State Senator and Illinois Senate President John Cullerton. Laura will pose questions to Sen. Cullerton on the most important issues affecting Illinois and Chicago. Please RSVP and notify us of the names of all who will attend, noting non-resident invitees. Send your RSVP to jmccarthy@interimage.net. Include questions you would like to ask Sen. Cullerton.

Researched and written by Todd Cannon, 4B

As cited in a previous article, in 1853
Elisha Hundley bought 225 acres of lake front property from the Canal Trustees. This property included 17 acres surrounding the Lake View House (north of Grace street) and blocks 6 (including the 3750 lots), 7, and 12 between Grace and Addison streets. As early as 1872, Hundley offered for sale “a 5-acre piece of property from the lake to Dummy Road (the plank road, later Evanston road, and then Broadway ), and having about 170 feet front on lake shore drive; cheap if taken at once.” (Chicago Tribune, Thursday, 5 September 1872, p. 6). This offer would have included the 3750 lots.

Two years later in 1874, Hundley placed an ad for the sale of the 17-acre Lake View House property with its 450 feet lake frontage as “the most desirable residential property in the vicinity of the city.” (Chicago Tribune, Sunday, 20 September 1874, p. 14).

In 1874, brothers Henry C. and Peter N. Kohlsaat, along with Parker R. Mason, purchased blocks6 (including the 3750 lots), 7, and 12 along the lake. In addition, in 1881, these men and others, acquired quit claims from persons pretending to be Hundley heirs to all of the land from Grace to Belmont extending to the lake’s edge, The Kohlsaat brothers, who obtained title to part of the 3750 lots, immigrated from Germany in the 1870’s. Peter (1853-1930) owned a number of properties in Chicago including a large tract on Stein and Elston near Redfield street. Peter granted a 99-year lease to this property in 1894 to the Gates Iron Works for $177,750 (equivalent to the purchasing power of $5,288,757 in 2019). In 1897 the IL Secretary of State licensed the newly formed Lehman Kohlsaat Clay Works, a manufacturer of fire proofing materials, with a capital of $50,000 ($1,458,721 in 2019). Incorporators were Peter N Kohlsaat (president), George Rogers, and Ferdinand Heiss. Peter’s brother, Henry C (1855-1889) was a dry goods merchant and left his substantial holdings to his brother who was executor of his estate.

As noted in a previous article, a lien was filed by the town of Lakeview in 1884 against the Kohlsaat brothers and Parker R. Mason to prevent them from digging (and selling) gravel and sand in the land east of blocks 6, 7, and 12. Mason owned property adjoining the 3750 lots on the south and he built a home thereupon extending from the lake to Pine Grove avenue to the west and Waveland street to the south. Mason’s obituary in the Chicago Tribune (Wed, 6 February 1899, p. 1) reads as follows: “Mr. Mason was a wealthy man…classed among the large landholders of Lake View. He accumulated his wealth in whisky immediately after the great fire of ’71.

3750 Through the Centuries, continued

He came to this city many years ago from Vermont possessed of only a small amount of money. He invested his capital in a distillery on the North Side and soon after the fire extended the building from Illinois to Michigan street in Market. In these years his was the greatest business of its kind in the city.” Mason was often in trouble with the law for failing to obtain revenue stamps on his whiskey.

“SHERIDAN ROAD PROPERTY SOLD, Part of Peter N. Kohlsaat’s Subdivision at Grace Street is Taken for $50,967” was the headline in the Chicago Tribune (Thursday, 12 November 1903, p. 13). This sale included the vacant 3750 lots and adjacent property on Grace street (a north front of

564 x 185 feet on Sheridan Road at the southwest  corner of Grace street. In 1911, Kohlsaat had obtained loans from John G. Grane, Albert Kuhlmey, and others for the purpose of laying out streets and making other improvements.  Grane was a dry goods merchant and Kuhlmey was president of A. Ortmeyer & Sons, wholesale saddlery manufacturers. The purchasers, who took title to the property by master in chancery’s deed, were the creditors who provided the loans. The purchase price was the equivalent of $1,483.209 in today’s dollars.

Grane, Kuhlmey, and partners soon sold the 3750 lots. Joseph W. Schlachter purchased the northern portion (85 x 221 feet at the southwest corner of Sheridan Road and Grace Street. In 1908 Schlachter transferred this property to James Cockburn and his wife Bertha in exchange for property on Sheridan road and Buena avenue. The Cockburns immediately sold this tract for $15,000 ($417,541 in 2019 dollars)) to William H. Hoyt who already owned considerable property

in the area. (Chicago Tribune, Sunday, 16 August 1908, p 22). Hoyt was a multi-millionaire, founder of a large wholesale grocery firm shortly after the Chicago fire of 1871, and one of the promoters of the Chicago’s World’s Fair. His daughter and three grandchildren perished in the Iroquois theater fire.

In 1911, Hoyt sold this tract of vacant land to Charles H. Schlacks for $17,200 ($463,661 in 2019 dollars). Schlacks was vice president of the Denver & Rio Grande railroad and president of the Western Pacific lines of that company.  Owner of considerable Chicago real estate, he bought the property as an investment and “will probably improve it with a large apartment building”. (Chicago Tribune, 25 June 1911, p. 21).

3750 Through the Centuries, continued

As for the southern portion of the 3750 lots (the 100 x 168 feet on Sheridan road 86 feet south of Grace street), John G. Grane and Albert Kulimey sold this property to J. Arnold Scudder for an undisclosed amount in 1912 (Chicago Tribune, Wednesday, 18 December 1912, p. 19). Scudder, present of J. Arnold Scudder & Co, bond dealers, and his socialite wife, owned extensive property including a ranch in Oregon and an island in Canada.

To follow: How the challenge to the riparian rights of the lakefront property owners affected the construction of Sheridan Road and Lake Shore Road; the landing field constructed for planes, the world’s largest skating rink, and the terrible sewage problems (all between 3750 and the lake); and the construction and marketing of the luxury apartment building at 3750 Sheridan  Road.

This month we urge you to explore the great ice cream parlors in the neighborhood. Johnson’s Real Ice Cream, 2951 N. Broadway.

We want to hear from you! Submit your restaurant reviews and recommendations to Linda Stern – lakey1959@att.net

Missing a recent alert or just need information? Please remember we have an archive of recent communications and most important documents on our website: